Woman Arrested After Man Was Found Dead In South Charlotte

Woman Arrested After Man Was Found Dead In South Charlotte

CHARLOTTE, N.C. — Police are investigating a homicide after a man was found dead in an apartment.

On June 20th, just before 10 p.m., Charlotte Mecklenburg Police officers arrived at an apartment in the 3100 block of Heathstead Place for a death investigation call.

Kimberly Mackey, 50, was discovered on the scene in need of medical attention and was brought to the hospital.

A man, who was deceased, was also found in the home. He was identified as Bradford Womack, 35.

An arrest warrant was later issued for Kimberly Mackey. After Mackey was released from the hospital, she was arrested and taken in for questioning. 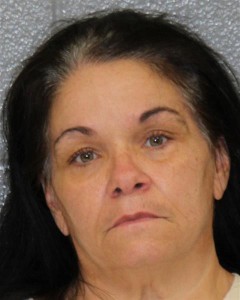 Mackey is currently charged with:

Just after midnight on July 9th, she was moved to the custody of the Mecklenburg County Sheriff’s Office with a $225,000 bond.

This is still an ongoing investigation. Anyone with information is asked to call 704-432-TIPS or contact Crime Stoppers at 704-334-1600 or at charlottecrimestoppers.com.