ROCK HILL,  S.C. – A teen has been arrested after an extensive murder investigation in Rock Hill. Zi’Quavious Caldwell, 17, was taken into custody on August 6th regarding the death of 20-year-old Terron Hubert. 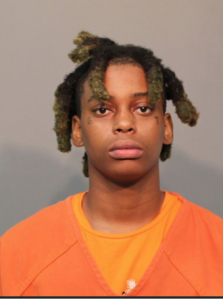 Hubert was located unresponsive on Monday, June 6th when a person walking on a trial discovered his body near Lake Wylie.

Upon arrival, deputies determined Hubert had been shot several times.

According to a news release, following an intensive investigation,  detectives believe the shooting occurred after an argument between the two men. Caldwell reportedly robbed the victim of money and his personal belongings.

Caldwell was apprehended and is being charged as an adult with the following: