Detectives have identified and charged a man in crisis for shooting at officers after he was medically evaluated and released on Tuesday.

Joshua Gaither, 33, was arrested and charged with two counts of Attempted Murder and two counts of Assault of a Law Enforcement Officer for his involvement, according to a news release. 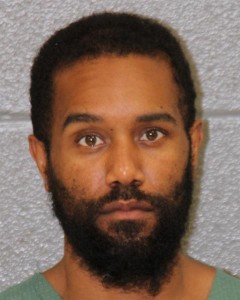 CHARLOTTE, N.C. — A man in crisis was taken into custody Thursday night after firing shots at officers in east Charlotte, CMPD says.

Shortly after 11:31 p.m., officers responded to a call for service in reference to a person in crisis at a home on Hunting Ridge Lane.

At the home, officers began talking with the person in crisis who then fired multiple gunshots at officers, and shot into an unoccupied marked police car.

Police say the officers were able to move into a position of cover and call for backup, including the CMPD SWAT Team.

Officers then established a perimeter around the home where the suspect was located to make sure that there was not a threat to the community.

Police say there was no indication anyone else besides the suspect was inside the home.

After arriving on scene, SWAT officers were able to successfully de-escalate the situation and the suspect exited the home on his own and was taken into custody without incident.

Police say the suspect was taken to an area hospital to receive treatment pursuant to an Involuntary Commitment Order issued by a Magistrate.

No officers fired their weapons during this incident, according to a news release.