ROWAN COUNTY – A 22-year-old man was charged after letting off numerous shots at officers on Tuesday, July 26th.

Deputies with the Rowan County Sheriff’s Office were completing an investigation on a teen suspected of breaking into residential properties when 22-year-old Michael Brown fired numerous shots from a red Honda. 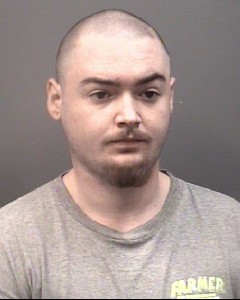 Deputies made a felony stop and took Brown into custody without incident.

Brown advised that he was shooting into the ground and not officers on the scenes as he drove down Gold Knob Road.

Police found two firearms in the passenger vehicle with numerous empty and live rounds strewn throughout the vehicle.

Brown was charged with the following charges:

Four counts of felony assault on law enforcement with a firearm

The investigation will continue with the possibility of additional charges.