Severe Thunderstorm Watch Issued For Parts of the WCCB

Severe Thunderstorm Watch Issued For Parts of the WCCB 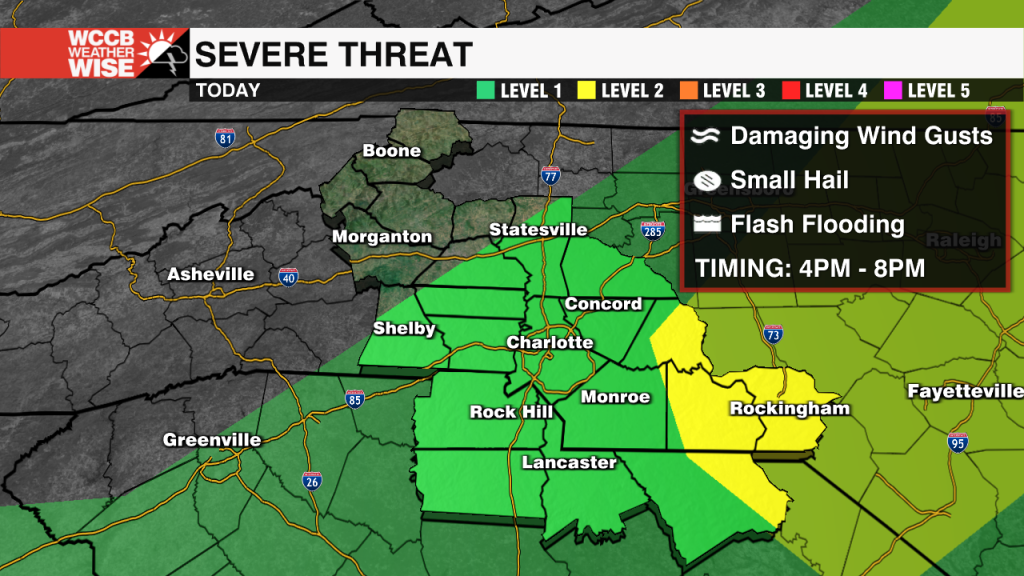 Storms from earlier this morning helped to lower the severe threat and coverage of convection this afternoon as clouds have struggled to clear across much of the region. However, it didn’t completely eliminate it. Isolated to scattered storms will still be possible even with cooler than expected temperatures as this tropical air mass allows for decent instability. If storms develop it will likely be  along the outflow boundary left from storms earlier in the day with the cold front trailing too far behind this evening for much activity. 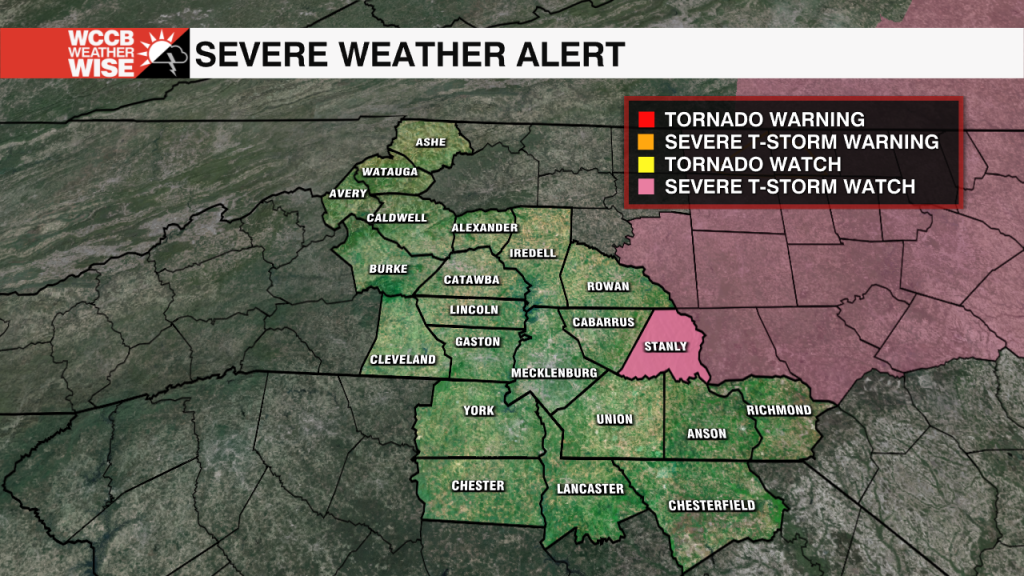 The best environment for storms to develop today will be east of I-77 and a severe thunderstorm watch has been issued to highlight this. Stanly County is included in the watch. However, isolated severe storms can’t totally be ruled out for areas west. Damaging wind and flash flooding remain the greatest threat with any storms that become severe. We won’t have as numerous storms as originally expected, but storms that develop within the watch area have a better opportunity to organize. The severe threat will be limited to a few hours diminishing after sunset this evening with the loss of daytime heating.

The cold front will settle south of the region tonight before dissipating Friday. It won’t do much to create any relief from the heat. Temperatures will remain hot through the weekend with highs in the upper 90s by Saturday.