Police: 2 More Warrants Issued To Iredell County Teacher For The Rape Of A Student

Home » Police: 2 More Warrants Issued To Iredell County Teacher For The Rape Of A Student
Previous Next

Police: 2 More Warrants Issued To Iredell County Teacher For The Rape Of A Student

On Monday, August 8th, Iredell County deputies served two more arrest warrants on former teacher Elizabeth Bailey for Felony Statutory Sex Offense with a Child Under 15 and Misdemeanor Contributing to the Delinquency of a Minor.

Law enforcement says these new charges stem from information obtained from a family member of the victim who came forward and notified Special Victims Unit Detectives about additional evidence that the family member had to show the extent of the relationship between
Bailey and the victim.

After reviewing the evidence, detectives were able to obtain two new arrest warrants.

Bailey was taken to the Iredell County Detention Center where she was served with the warrants and then she appeared before Magistrate H. Callejas who issued a 50,000.00 dollar secured bond on these new charges, according to a news release.

Police say Bailey was already out on a 75,000.00 dollar secured bond and is currently on electronic house arrest.

Detectives say the original investigation into these matters began on Wednesday, July 20, 2022, when the Iredell County Sheriff’s Office received a report regarding a teacher possibly having had a sexual relationship with a student.

IREDELL CO., N.C. — Detectives have arrested and charged a teacher in Iredell County for having a sexual relationship with a student.

On Wednesday, July 20th, the Iredell County Sheriff’s Office received a report regarding a teacher possibly having had a sexual relationship with a student.

Based on evidence gathered throughout this investigation, detectives were able to obtain three felony arrest warrants on 36-year-old Elizabeth Suzanne Bailey. 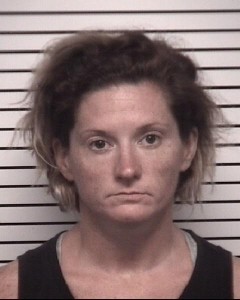 On Monday, August 1st, police say Bailey turned herself in at the Iredell County Detention Center after an arrangement had been made between the District Attorney’s Office and the suspect’s attorney on the bond amount and special restrictions.

Bailey was charged with Felony Statutory Rape of a Person who is 15 Years of Age or Younger, Felony Indecent Liberties with a Minor, and Felony Sexual Activity with a Student, according to a news release.

Police say Bailey was given a 75,000 secured bond and placed on House Arrest with Electronic Monitoring by District Court Judge C. Hicks.

She has been placed on paid leave pending an investigation by the Iredell County Sheriff’s Office,

Officials say Bailey works at Northview Academy (formerly Pressly School), and she was first employed with the Iredell-Statesville School District in February 2010 as an assistant.

Officials say Bailey was also served as an Exceptional Children’s Teacher, and most recently as a science teacher.