CHARLOTTE, N.C. — The Mecklenburg County Sheriff’s Office is investigating the death of a 42-year-old inmate.

Deputies say Tommy Hucks was found unresponsive in his cell at the Mecklenburg County Detention Center-Central around 9:45 a.m. Saturday.

At 9:58 a.m., the Charlotte Fire Department and Mecklenburg EMS arrived on scene and attempted to render aid to Hucks, but were unsuccessful.

Sheriff McFadden said, “MCSO is very dismayed to report the death of Mr. Hucks. It’s always difficult to experience the loss of anyone in our custody and care. We send our deepest condolences to Mr. Hucks’ family and loved ones during this difficult time.”

Hucks was processed into custody at the Mecklenburg County Detention Center-Central on Sunday, June 5, 2022. 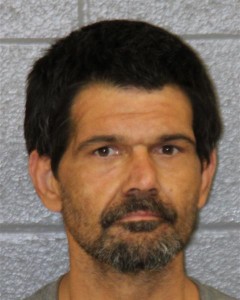 The State Bureau of Investigation (SBI) will conduct a thorough investigation as the medical examiner determines a cause of death.