CHARLOTTE, N.C. — A Mecklenburg County Detention Center officer was arrested and fired on Tuesday for smuggling contraband to an inmate.

Authorities say Officer Goodwin Stuppard was arrested for providing a cellphone and smuggling tobacco products to a resident in the detention center. 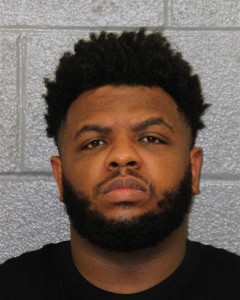 Stuppard’s employment with the Mecklenburg County Sheriff’s Office began December 9th, 2015, and he was terminated August 9th, 2022, according to a news release.

MCSO opened an investigation after receiving a tip alleging that Stuppard was smuggling illegal items into the detention center.

During the investigation, Stuppard admitted to furnishing tobacco products as well as charging a cellular phone and giving it back to a resident detained in the Mecklenburg County Detention Center.

“We take all allegations of employee misconduct seriously,” said Sheriff McFadden. “Mr. Stuppard’s actions are a violation of the law he swore to uphold. Terminating a staff member is never an easy decision but all employees of the Mecklenburg County Sheriff’s Office are required to demonstrate professional and ethical conduct.”