Home » Man Arrested After Shooting Into Occupied Vehicle
Previous Next

LINCOLN COUNTY –  A man is arrested after firing a shotgun into an occupied vehicle during a domestic dispute on Thursday. August 4th. 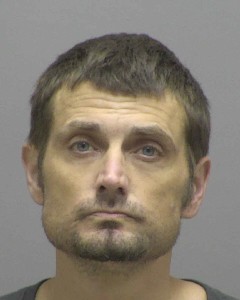 According to a news release, Bailey told deputies that Hull prevented her from leaving the residence and made comments about the both of them dying. Deputies say she entered a truck to leave the residence and a shot was fired shattering the back window. The victim was not injured by the shotgun blast.

Deputies entered the residence and were able to apprehend Hull. After searching the house, deputies found several firearms. Hull is a convicted felon and is not allowed to own or have firearms.

Hull was charged with the following: