Khiera Hall, 25, of Maiden NC was reported missing by her mother, Lewanda Smith on August 3rd. Smith told deputies that Khiera was scheduled to bring her children to her house on  Saturday, July 30th. According to a news release, Hall never showed up at her mother’s house and no contact has been made since. 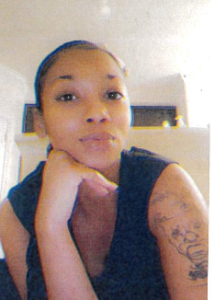 The mother of the 25-year-old stated Hall is known to frequent areas of drug activity in Charlotte.

Hall is described as a black female, 5-feet 8-inches with black hair and brown eyes. She has tattoos on her upper arm.

Deputies say she may be driving in a blue Dodge Town and Country van with a faded hood. She may also be accompanied by her two small children, both males, one and 4 years old.

Anyone with information on the whereabouts of Khiera Hall is asked to contact the Lincoln County Sheriff’s Office at 704-732-9050.