CHARLOTTE, N.C. — A 58-year-old Charlotte woman was sentenced to five years in prison on Tuesday for bank fraud, according to authorities. 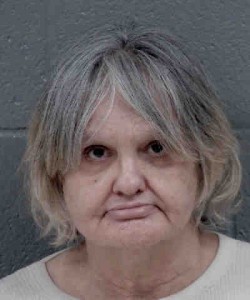 According to filed court documents and court proceedings, from January 2020 to February 2021, Harrell operated a bank fraud scheme in North Carolina, Georgia, Virginia, and elsewhere.

Federal authorities say to execute the scheme, Harrell targeted neighborhoods in the Charlotte area and stole mail from residential mailboxes.

The stolen mail included individual and business checks, and personal identifying information (PII) of victims, which Harrell used to create fake identification documents in furtherance of the scheme, according to a news release.

Authorities say other times, Harrell obtained blank checks which she fraudulently wrote in her name and then cashed.

In addition to the check cashing scheme, Harrell also used the victims’ stolen identities to rent apartments and to buy at least one vehicle, according to a news release.

In total, authorities say Harrell obtained more than $200,000 through the fraudulent scheme.

Harrell is currently released on bond and will be ordered to report to prison upon designation of a facility by federal Bureau of Prisons.