The UK, Portugal, Spain and France will see another day of near record-breaking high temperatures as a heat waves dominates Europe – a country largely without air conditioning. Reports show roughly 3% of homes in the UK and about 5% in France have Air Conditioning.

Met Office issues first ever Red Warning for extreme heat. This includes a large portion of England including London, Manchester, Birmingham and York through Tuesday. 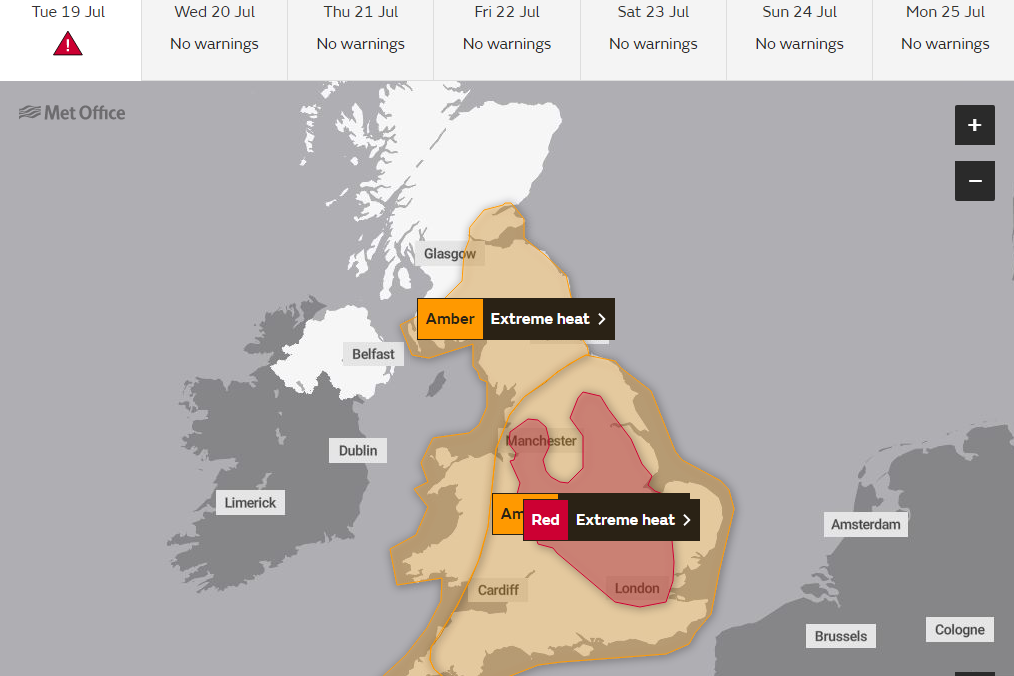 Hawarden, Flintshire reached 37.1°C (98.8°F) on Monday afternoon which is the highest air temperature ever recorded in Wales. The previous record was 35.2°C in 1990. The average high temperatures in Wales in July is near 21°C which is 70°F.

Rail services were limited for fear the tracks would buckle as temperatures soared. According to the BBC “The Ministry of Defence said aircraft were using alternative airfields after reports of the tarmac melting on the runway at RAF Brize Norton in Oxfordshire.”

The soaring temperatures have been fuel for wildfires which have left hundreds injured and thousands of acres burned.