Police have identified the suspect of an officer-involved shooting as Kevin Boston, 45.

Investigators say Boston was pronounced dead from his injuries on June 26th at around 4:38 p.m. 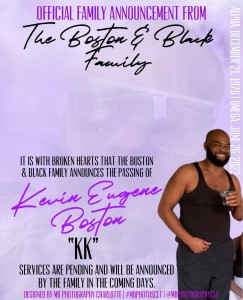 CHARLOTTE, N.C. — The Charlotte Mecklenburg Police Department says that an armed robbery suspect who was shot by police is now in the hospital undergoing surgery.

Police arrived at the Food Lion on Tuckaseegee Road shortly before 1 p.m. Sunday for an armed robbery call.

When approached, the suspect shot multiple times at officers striking one police car.  Two police officers then fired back and struck the suspect. 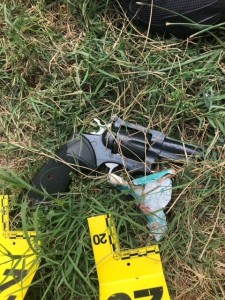 @CMPD says that the suspect used this weapon to shoot at police.

Neither officer was injured; however, the suspect was taken to the hospital with life-threatening injuries.

Police would not release the name of this person, but they said the suspect had a history of violent crime.

The NC State Bureau of Investigations (SBI) is taking the lead in the investigation. CMPD Internal Affairs will also conduct a parallel investigation. As is policy, both officers are on leave while this incident is investigated.

Peer support, victim services, and behavioral health specialists all responded to this incident.

The shooting happened before 1 p.m. on Sunday in the 4700 block of Tuckaseegee Road.

Police say that no officers were injured. WCCB-TV has requested more information from CMPD. Check back for updates.