CMPD Arrests Suspect That Fired Shots Into The Blind Pig

CMPD Arrests Suspect That Fired Shots Into The Blind Pig

Police say a 32-year-old man had been arrested and charged for firing shots at officers outside the Blind Pig in NoDA Tuesday morning.

Toddrick McFadden is charged with Discharging a Weapon into Occupied Property, two counts of Attempted Murder, and two counts of Assault on a Law Enforcement Officer for his involvement in the shooting, according to a news release. 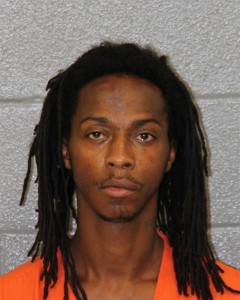 SWAT officers brought McFadden into the custody of the Mecklenburg County Sheriff’s Officer Tuesday evening, where he remains now.

The CMPD officer that was shot during the incident has been released from the hospital and is resting at home.

CHARLOTTE, N.C. — Police responded around 2:30 Tuesday morning to the Blind Pig in North Davidson after someone fired shots into the bar. When police first arrived, they were unable to locate a suspect.

While on scene investigating, shots were fired and one officer was struck in the leg. The officer was taken to the hospital where they’re now in stable condition.

Thankfully, our Officer who was shot this morning in NoDa is doing well and will be released from the hospital today. This marks the 3rd incident in a week where CMPD officers have faced gunfire during a call for service. (1/2)

Police are still looking for a suspect.

This is a developing story. Check back for updates.