Home » Another Active Afternoon with Severe Storms Possible
Previous Next 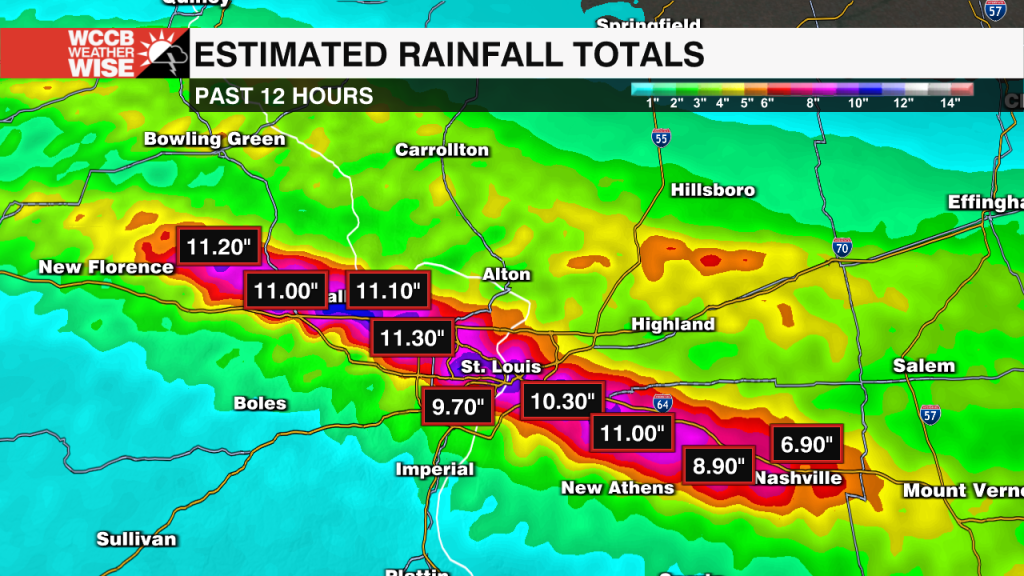 Storms along a stalled boundary have produced extensive flash flooding across the parts of the Midwest. More than 10″ of rain fell across St. Louis in just a few hours early this morning prompting a flash flood emergency where dozens needed to be rescued. The threat for flash flooding will remain high for areas near this stalled front that is located just north of the Carolinas. 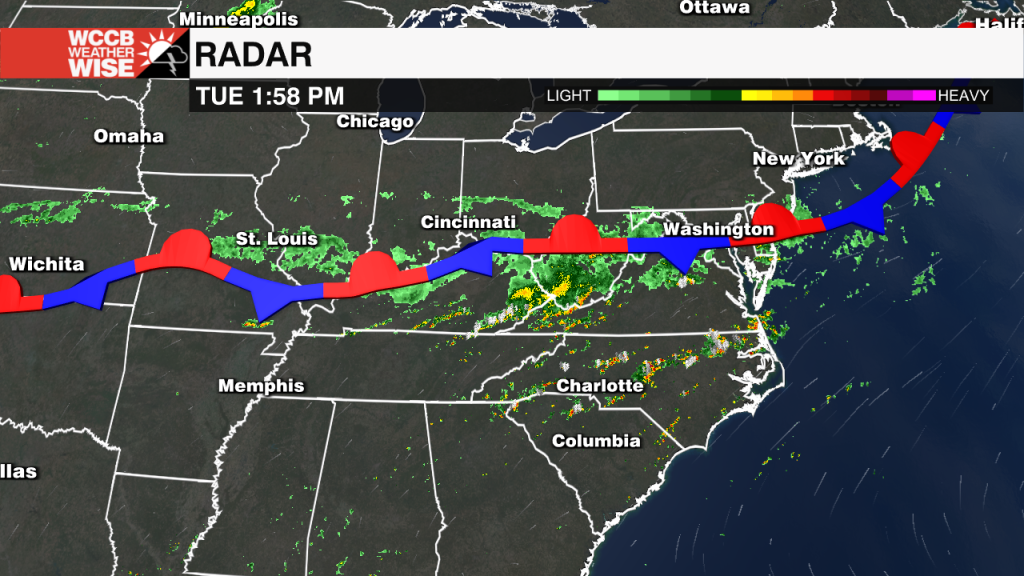 Locally, a flood watch is in effect for Ashe and Watauga counties until midnight tonight. Scattered flash flooding will be possible for the mountains today. But, localized flooding is possible across the region, especially for areas where storms train as heavy downpours will be likely as storms move from west to east south of the stalled front. 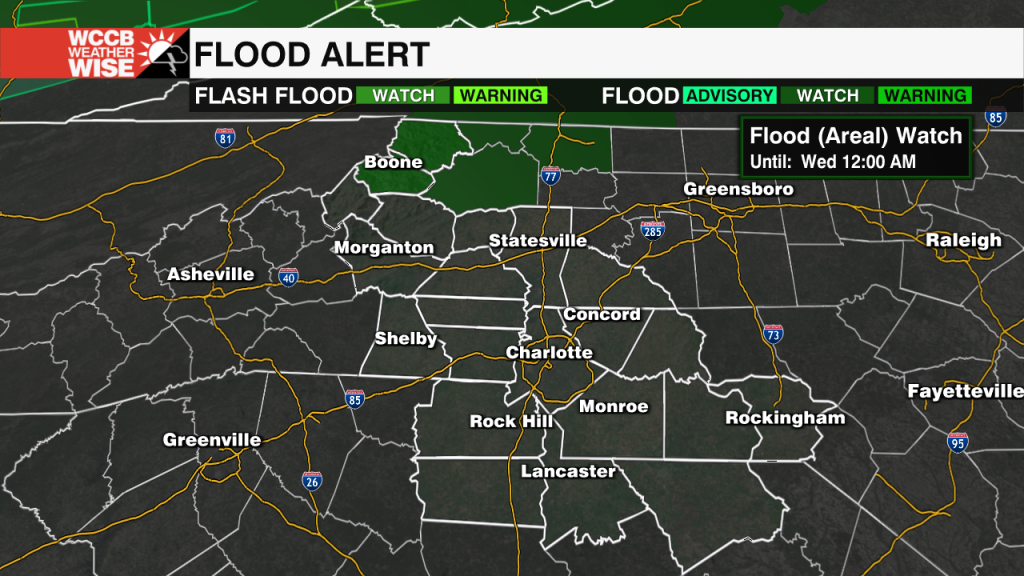 Although storms are poorly organized now, they will likely intensify through the day as temperatures climb into the low 90s. A few could become capable of producing damaging gusts. However, that threat looks to remain isolated. 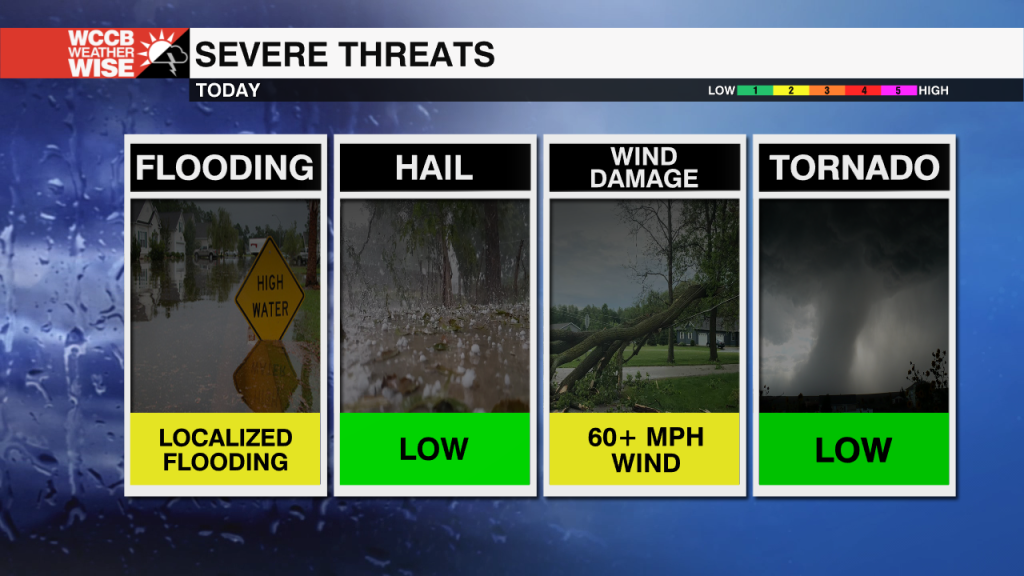 Storms will taper off with the loss of daytime heating after sunset tonight.

Download the WCCB Weather App to track the storms on the go and receive the latest video updates from the WeatherWise team through the evening.