A Massive Sinkhole In Chile Is Being Investigated

Home » A Massive Sinkhole In Chile Is Being Investigated
Previous Next

A Massive Sinkhole In Chile Is Being Investigated

COPIAPO, CHILE — A massive sinkhole near the Alcaparrosa copper mine was first seen late last month close to Tierra Amarilla which is a town in Copiapo, Chile. It measured 82 feet in diameter and 650 feet in depth. After a couple of weeks, the sinkhole has now opened up to 119 feet in diameter. 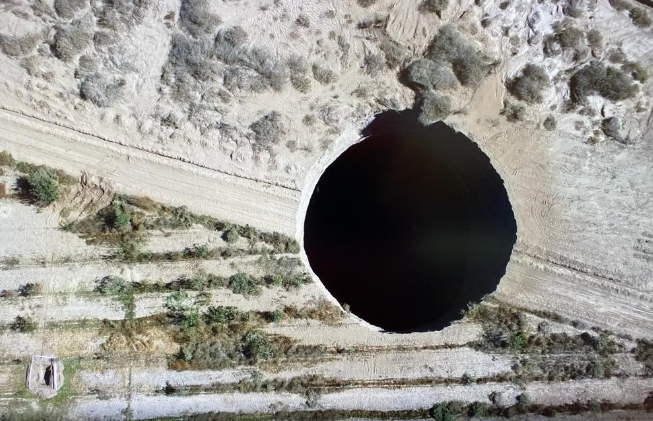 August 9th, 2022 — The Director of The National Geology and Mining Service in Chile, David Montenegro released a statement saying “work began today with a company specialized in this type of event, which will support us with a detailed topographical survey with terrestrial laser scanning systems, both at the surface and underground, which will allow us to obtain a 3D models of the entire affected area, allowing geometric control around the sinkhole.”

All operations of the Alcaparrosa mine have been temporarily suspended.

Sinkholes form over time, but they often open up very abruptly. According to USGS, a sinkhole is “a depression in the ground that has no natural external surface drainage.”