1 Woman In Custody, Another Wanted For Assaulting 73-Year-Old Woman In Rowan County

Home » 1 Woman In Custody, Another Wanted For Assaulting 73-Year-Old Woman In Rowan County
Previous Next

1 Woman In Custody, Another Wanted For Assaulting 73-Year-Old Woman In Rowan County

Investigators say the second suspect involved in the assault of a 73-year-old Rowan County woman provided a fake identity during initial investigation done at the crime scene.

Police say the true name of the second suspect is Shirley Marie Burns, whose last known address was on Barbour Street in Salisbury, N.C. 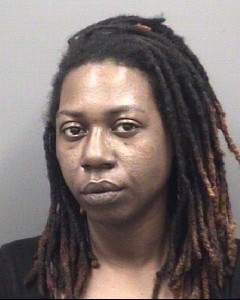 Burns is wanted for her involvement in this incident as well as for a number of outstanding warrants including Assault with a Deadly Weapon with Intention to Kill or Inflict Serious Injury, Obstruction of Justice, and Resist & Delay of a law enforcement officer.

Investigators were able to determine that Burns had given officers the name of her sister when she was initially questioned.

Anyone with information on Burns’ whereabouts is asked to call 911.

ROWAN CO., N.C. — One woman has been arrested and another is still wanted for her involvement in faking a home invasion and assaulting a 73-year-old in Rowan County on Wednesday, according to police.

Around 2:24 p.m., Rowan County Deputies were called to 850 Beagle Club Road by a resident named Carrie Dixon who was reporting that she had come home to find her boyfriend’s 73 year old mother badly beaten.

Officers were told by Dixon that two unknown white men had come to the back door of the home while the elderly woman, Karon Bromell, was home alone.

Dixon told them that the men forced their way inside, and then beat Bromell, resulting in life-threatening injuries.

Paramedics cared for Bromell at the scene and transported her to Novant Health Rowan where she was then transferred to Baptist Hospital in Winton Salem.

While investigating detectives discovered another woman identified as Katie Marie Poole was also there with Dixon.

Crime scene investigators compared the physical evidence with what Dixon and Poole were reporting what happened and became suspicious that the story was being fabricated.

Between medical testing, investigators learned from the victim that the story given was indeed false and Dixon and Poole were the two attackers.

Dixon had since left to go visit Karon at the hospital so investigators followed and found Poole had walked away from the hospital to apartments nearby, but she was not able to be located.

Dixon was further questioned at the Rowan County Sheriff’s Office where she confessed to making up the story about the two men breaking into the home.

She told investigators that she planned the attack because of how her boyfriend and her mother made her feel, citing emotional and physical abuse in the past.

Dixon planned the attack with Poole and they used a broken piece of cinder block and a metal pipe to beat her for nearly five minutes before finally stopping.

She then convinced Karon to lie to responders to prevent from being charged, however, once Karon was alone with investigators, she was safe enough to tell the truth.

Dixon was arrested and charged with Assault With A Deadly Weapon With Intent To Kill Or Inflict Serious Injury and felony obstruction of justice.

Police were unable to locate Poole, who  is currently wanted for the same offenses.

Anyone with information about her whereabouts are asked to call 911 immediately.